Before Tito. The Communist Party of Yugoslavia during the Great Purge (1936–1940). A book presentation. 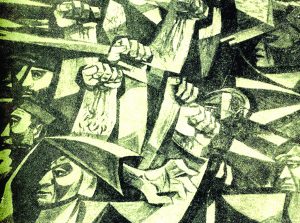 The Institute of the World History of the Faculty of Arts cordially invinites you to attend a presentation by Stefan Gužvica on his book „Before Tito. The Communist Party of Yugoslavia during the Great Purge (1936–1940)“.

Stefan Gužvica (b. 1993) is a doctoral student at the University of Regensburg and the Graduate School for East and Southeast European Studies. He is currently working on a dissertation about the Balkan Communist Federation. He has received his MA at the Central European University in Budapest. This book is an extended version of his masters’ thesis.

Úvod > Nástěnka > Before Tito. The Communist Party of Yugoslavia during the Great Purge (1936–1940). A book presentation.