Prezentace knihy „America and Romania in the Cold War. A Differentiated Détente, 1969-80“ 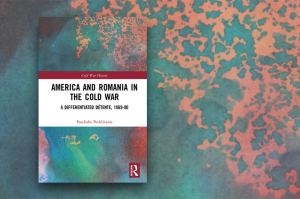 Book examines the US foreign policy of differentiation towards the socialist regimes of Eastern Europe as it was implemented by various administrations towards Ceausescu’s Romania from 1969 to 1980.
Drawing from multi-archival research from both US and Romanian sources, this is the first comprehensive analysis of differentiation and shows that Washington’s Eastern European policy in the 1970s was more nuanced than the common East vs. West narrative suggests. By examining systemic Cold War factors such as the rise of détente between the two superpowers and the role of agency, the study deals with the dynamics that shaped the evolution of American-Romanian relations after Bucharest’s opening towards the West, and the subsequent embrace of this initiative by Washington as an instrument to undermine the unity of the Soviet bloc. Furthermore, it revises interpretations about Carter’s celebrated human rights policy based on the Romanian case, pointing towards a remarkable continuity between the three administrations under examination (Nixon, Ford and Carter). By doing so, this study contributes to the field by highlighting a largely neglected aspect of US foreign policy and uncovers the subtleties of Washington’s relations with one of the most vigorous actors of the Eastern European bloc.
Zveřejněno 31.10.2019 CWRG Nástěnka