Building on and breaking from the past: Helsinki and Dublin after independence 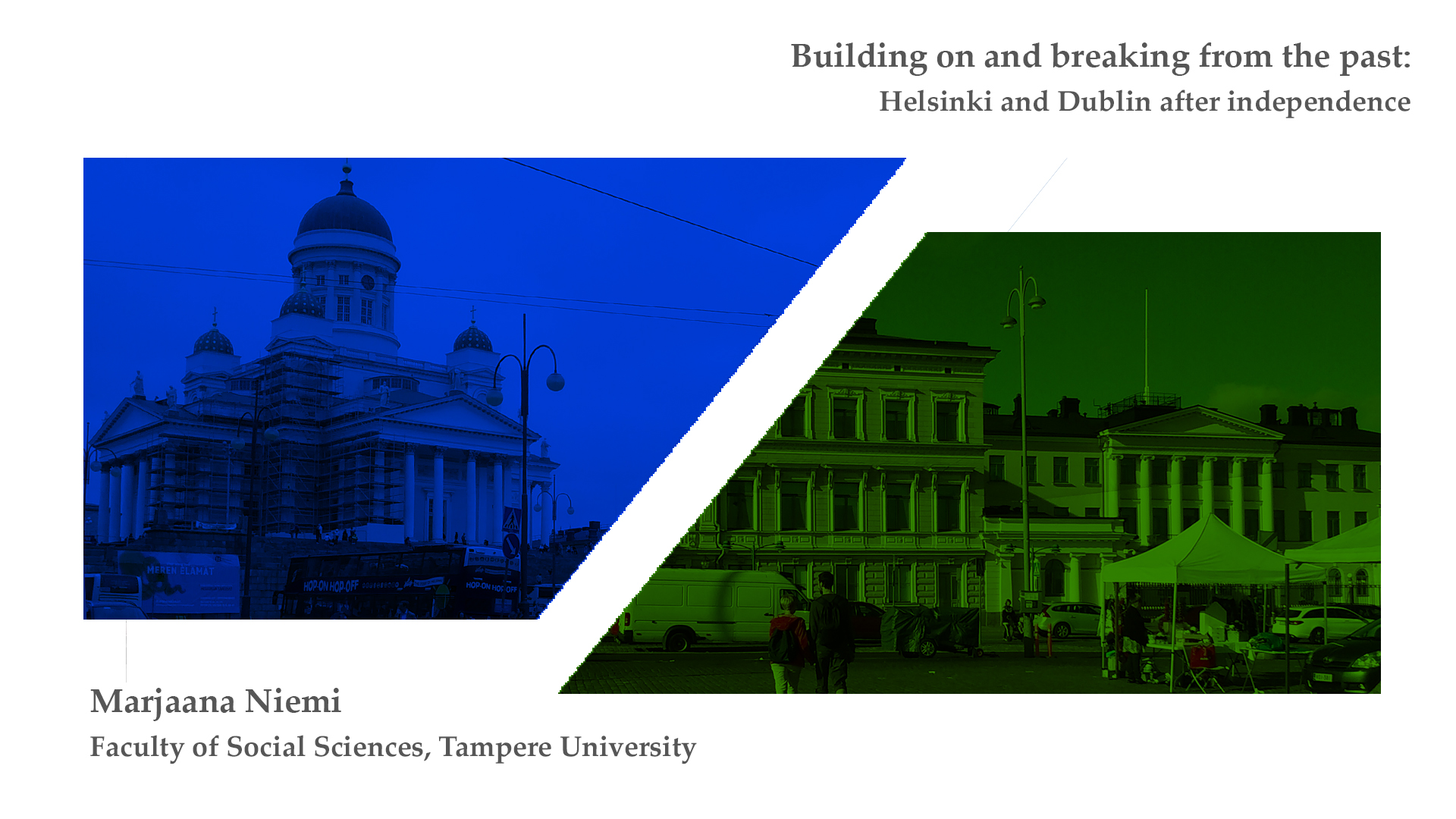 Building on and breaking from the past: Helsinki and Dublin after independence

Capital cities play a significant role in interpreting a country’s past and charting its future. In the aftermath of the First World War nine new European states, Finland and Ireland among them, were confronted with the question of how to create a capital city befitting their new status and national identity. Instead of designing and constructing an entirely new capital city which would have marked a clean break from the past, all these states chose an existing city as the capital.

The lecture will examine processes through which two capitals, Helsinki and Dublin, were renewed physically and symbolically to make the political change ‘real’ to people, but also to reinterpret the past and create a ‘teleology for the present’. The aim is to discuss the ways in which the changes, planned and implemented, both reflected and reinforced new interpretations of the history of the city and the nation, and the continuities and discontinuities the changes created between the past and the present. Some elements and versions of the past were chosen over others, preserved and reinvented in the cityscape, while others were ignored, hidden or denied.

Úvod > Nástěnka > Building on and breaking from the past: Helsinki and Dublin after independence